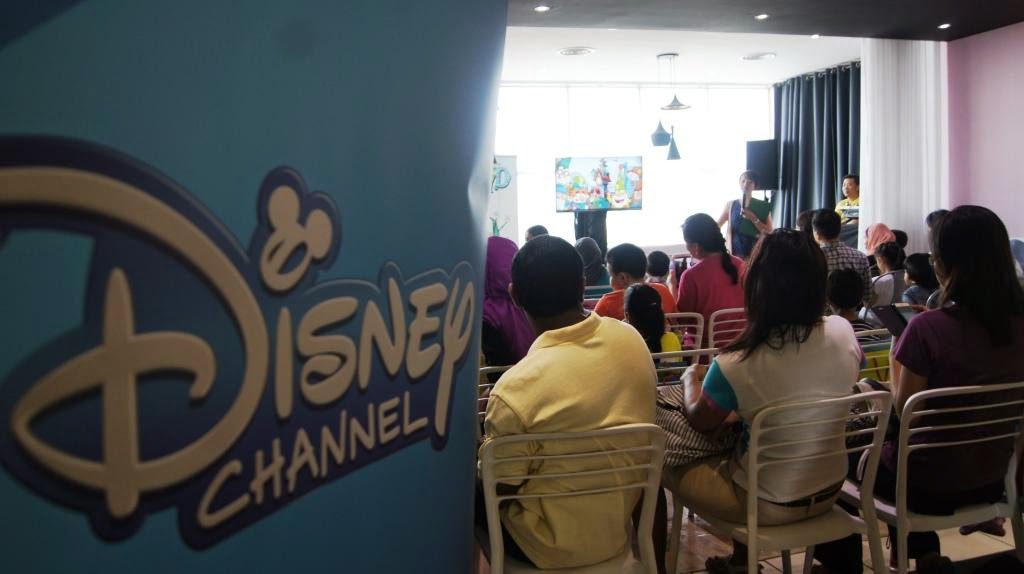 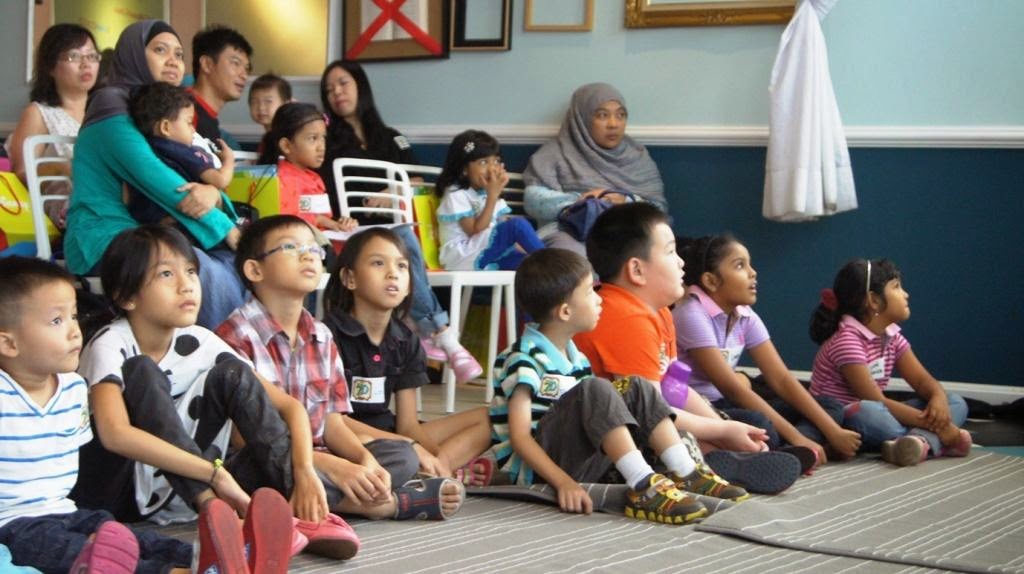 KELLY OSBOURNE
"Hildy Gloom"
Television personality, host, fashion designer, singer and actress Kelly Osbourne voices the role of Hildy Gloom, a novice witch, who together with her dim-witted warlock husband Grim, seeks to conquer the land of Jollywood.
As the youngest daughter of heavy metal rock legend Ozzy Osbourne, Osbourne first came to prominence while appearing with her family on the Emmy Award-winning reality series "The Osbournes." She made her debut as an actress with a starring role on the ABC high school teen drama "Life As We Know It”, where she played the supporting role of Deborah Beatrice Tynan, and appeared on season nine of ABC's smash hit reality competition series "Dancing with the Stars”. Osbourne's feature film credits include a cameo in Mike Meyers' "Austin Powers in Goldmember," "Should've Been Romeo" and the upcoming "So Undercover," in which she stars with Miley Cyrus. 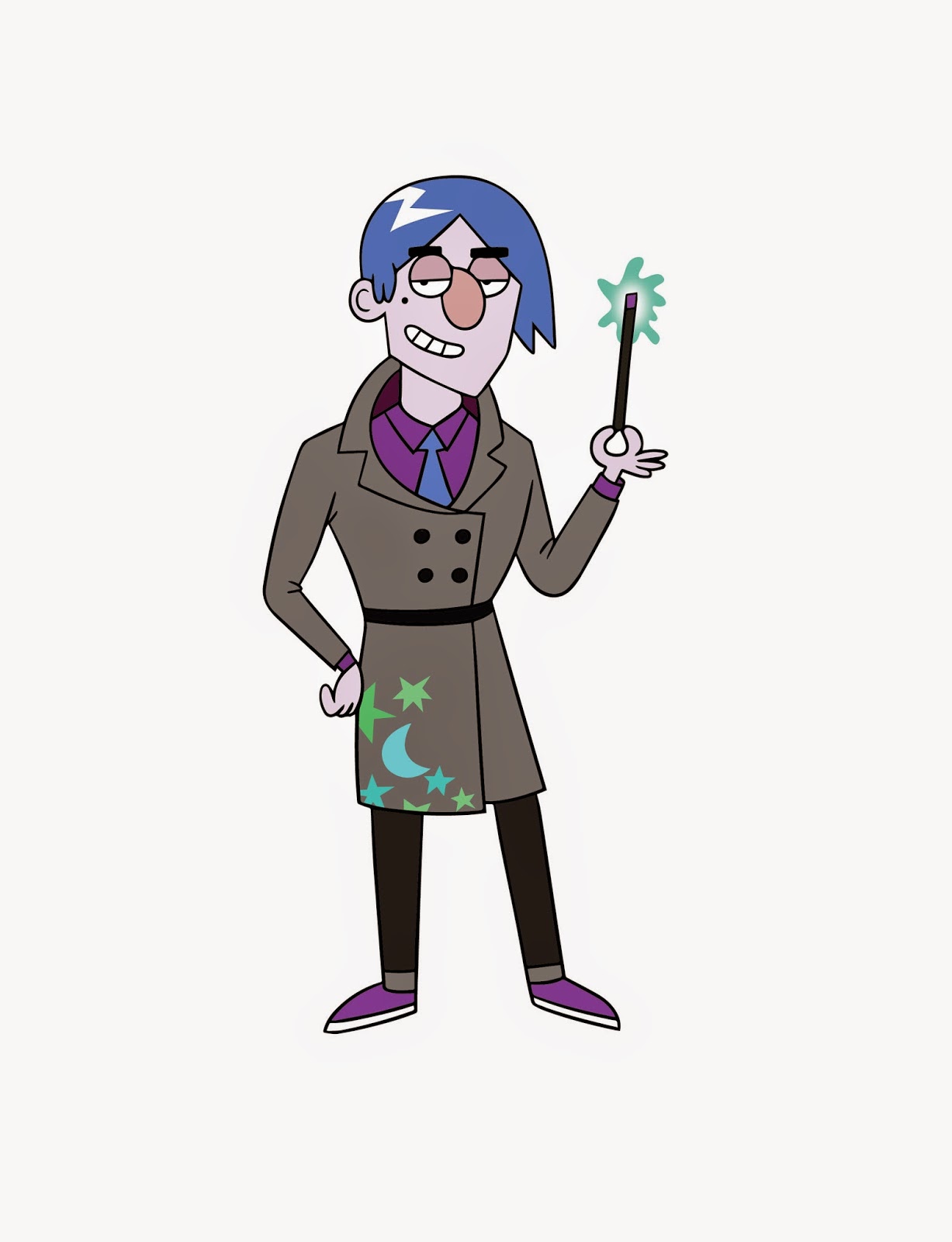 ESS HARNELL
"Grim Gloom"
Emmy Award-nominated voice actor Jess Harnell voices the role of Grim Gloom, the dim-witted warlock that together with his wife Hildy seeks to wreak havoc on the land of Jollywood. Recognized for his versatility in the voiceover world, Harnell is no stranger to playing the ill-fated antagonist as he also stars as the voice of Cedric, the royal sorcerer in Disney Junior's Annie Award-winning "Sofia the First,” in addition to the softer, more benevolent role of Chilly, a stuffed snowman, in Disney Junior's acclaimed animated series "Doc McStuffins."
One of the preeminent voice actors in the business, Harnell's voice can be heard in some of the biggest blockbuster animated films of all time, including Disney's "Finding Nemo," "Up," "Cars" and "Cars 2," and all three "Toy Story" movies. On the small screen, Harnell has voiced characters on "The Simpsons," "The Fairly Odd Parents," and Disney Junior's "Special Agent Oso." His starring roles have included Captain Hero on Comedy Central's hit series "Drawn Together," Tim the Bear on "The Cleveland Show" and Wakko on Steven Spielberg's "Animaniacs," for which he won a Peabody Award. 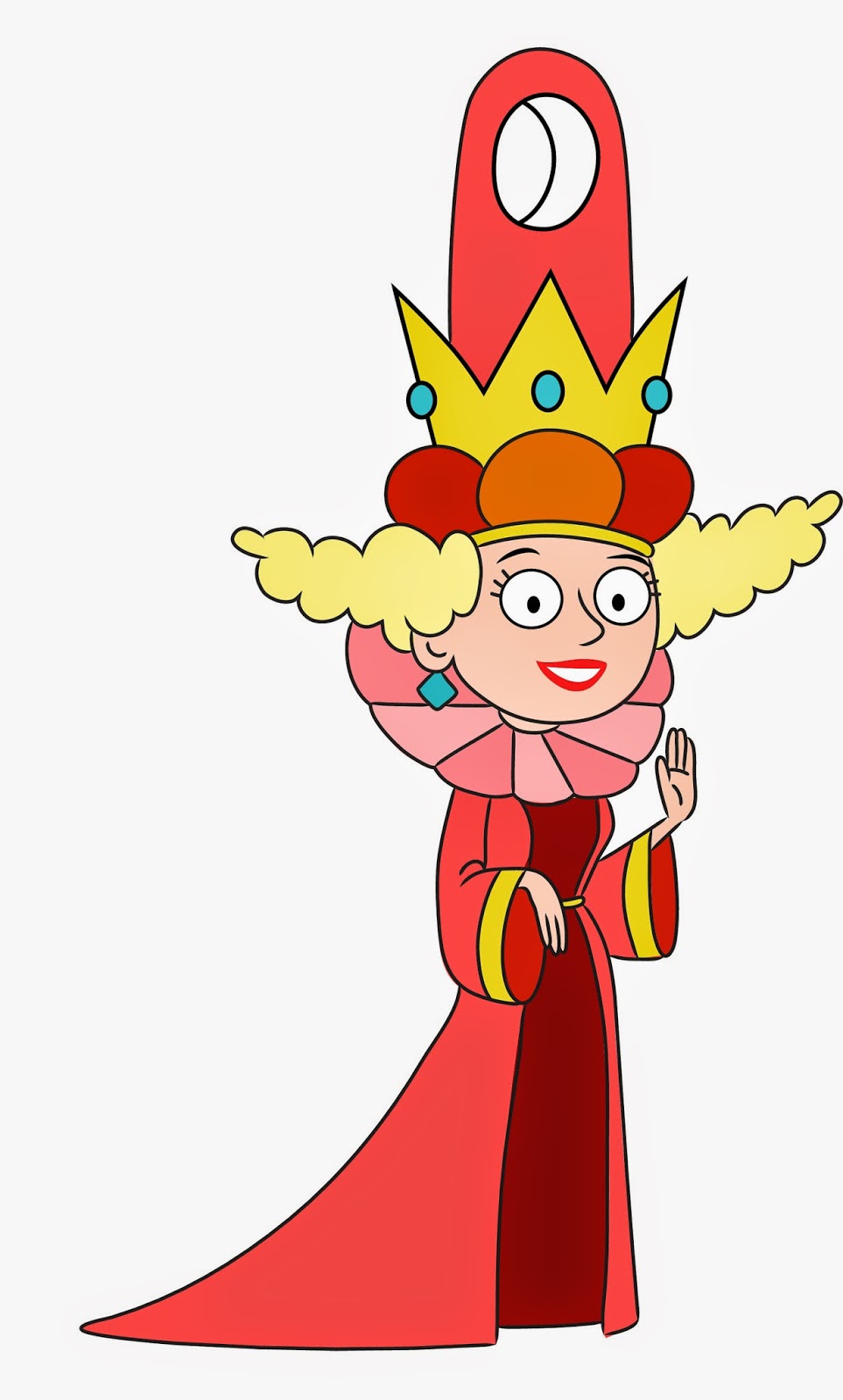 EIGH-ALLYN BAKER
"Queen Delightful"
Leigh-Allyn Baker voices the role of Queen Delightful, the benevolent and light-hearted ruler of Jollywood. Baker also voices the recurring role of Queen Coralie in Disney Junior's hit animated series "Jake and the Never Land Pirates" and starred as Amy Duncan, the lovable yet quirky mother of the Duncan family in Disney Channel's Emmy Award-nominated comedy series "Good Luck Charlie."
With her vocal versatility and physicality as an actress, Baker has lent her voice to a number of animated roles, including that of series regular Abby in the animated series "Back at the Barnyard" and numerous video games such as "Star Trek," "G.I. Joe" and the "X-Men" franchise.

BILL FARMER
"Doc"
Emmy Award-nominated voice actor and Disney Legend Bill Farmer voices the role of Doc, the tinkering inventor and smartest member of the 7D. Farmer has been voicing the classic Disney characters Goofy and Pluto since 1987 and can currently be heard on Disney Junior's Emmy award-nominated "Mickey Mouse Clubhouse" and Disney's Emmy-winning short-form series "Mickey Mouse."
Farmer's sterling voice-acting has been enjoyed by audiences of all ages and his career in the industry includes thousands of leading and supporting roles in film and television. Among his feature film credits are "Toy Story," "Toy Story 2," "Cars," "Monsters Inc," "Monsters University," "Space Jam" and "The Lorax." His small screen credits include "Robot Chicken," "Jonah Hex," "Higglytown Heroes" and "Lunatics Unleashed." Farmer's talent and long-running camaraderie in the industry have garnered him several honors, including becoming the first voice actor to receive the prestigious Friz Freleng Lifetime Achievement Award for Excellence in Animation. 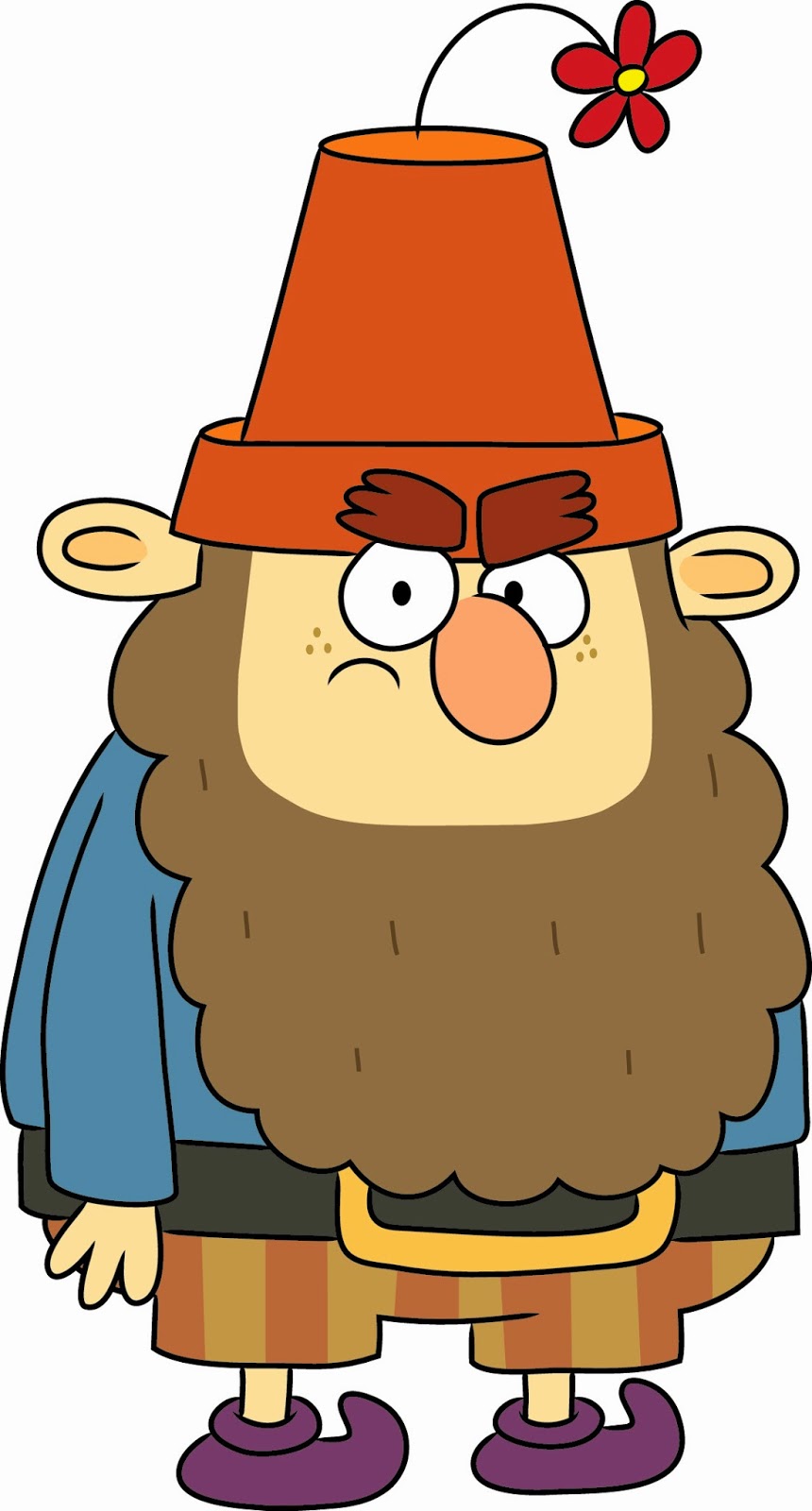 MAURICE LAMARCHE
"Grumpy"
Two-time Emmy Award-winning voice actor Maurice LaMarche voices the role of Grumpy, the cantankerous member of the 7D. LaMarche's voice has been a familiar presence in the industry for decades. Among his most notable roles is the title character of The Brain from the Steven Spielberg-produced "Pinky and the Brain," along with his Emmy award-winning performances as various characters on Matt Groening's series "Futurama." His additional television credits include Disney XD's "Hulk and the Agents of S.M.A.S.H," "Robot Chicken," "The Simpsons," "Family Guy," "Ultimate Spiderman," "Kim Possible," "The Real Ghostbusters" and "Inspector Gadget."
With performances in over one hundred animated television series, LaMarche is no stranger to feature films, with roles in "Space Jam," "Wreck-It-Ralph" and most recently Disney's blockbuster hit "Frozen." 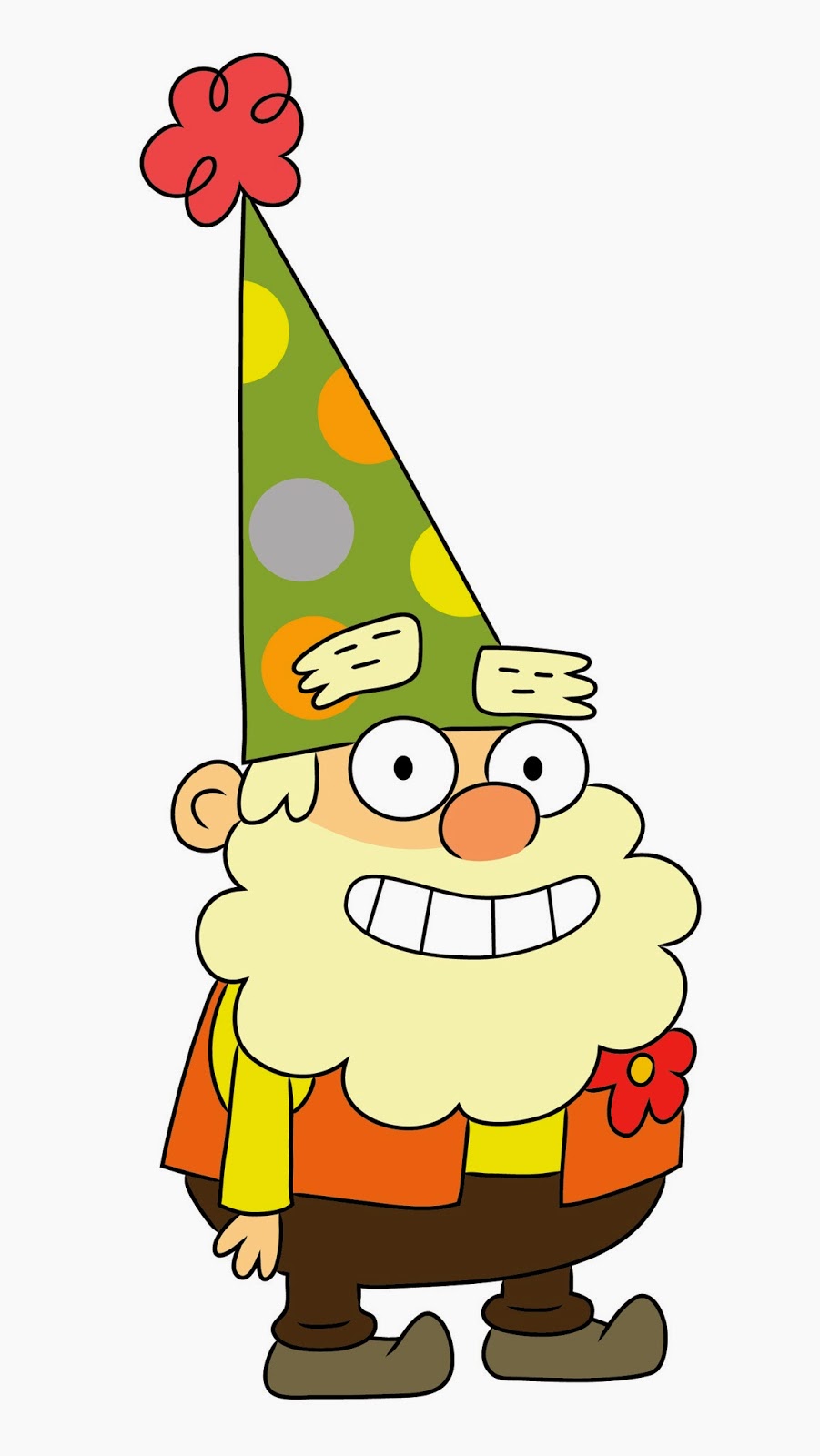 KEVIN MICHAEL RICHARDSON
"Happy"
Emmy Award nominee and Annie Award-winning actor Kevin Michael Richardson stars as the voice of Happy, the most cheerful and musical member of the 7D. Known for his deep booming voice, the character of Happy is a nice departure from some of the villainous characters that Richardson is known for, including Shredder in the new "Teenage Mutant Ninja Turtles" and the Joker in "The Batman." His additional voiceover credits include Disney XD's "Randy Cunningham: 9th Grade Ninja," Disney Channel's "The Proud Family," as well as "The Cleveland Show," "American Dad," "Transformers Prime," "Thundercats," "The Penguins of Madagascar," "Dave the Barbarian" and "GI Joe: Renegades." As an on-camera actor on the small screen, Richardson has appeared in the cult comedy "Homeboys in Outer Space," "Knights of Prosperity," "The Cleaner," "Like Family" and received critical acclaim for his recurring role of Patrick, a special needs patient on "ER."

DEE BRADLEY BAKER
"Dopey"
Voiceover wizard Dee Bradley Baker voices the role of Dopey, the physically comedic and whimsical mime of the 7D. Baker also provides the sounds for all of the woodland creatures in the Enchanted Forest for the series.
Baker's vast body of work includes one of the most popular Disney Channel characters, Perry the Platypus, loyal pet to ingenious stepbrothers Phineas and Ferb, who, unbeknownst to everyone, has a secret life as suave Agent P, deftly battling the evil Dr. Doofenshmirtz to save the world in the animated hit Emmy Award-winning and BAFTA-nominated series, "Phineas and Ferb." His most notable trademark, the chatter, is a favorite among fans, and though often imitated, is rarely duplicated. 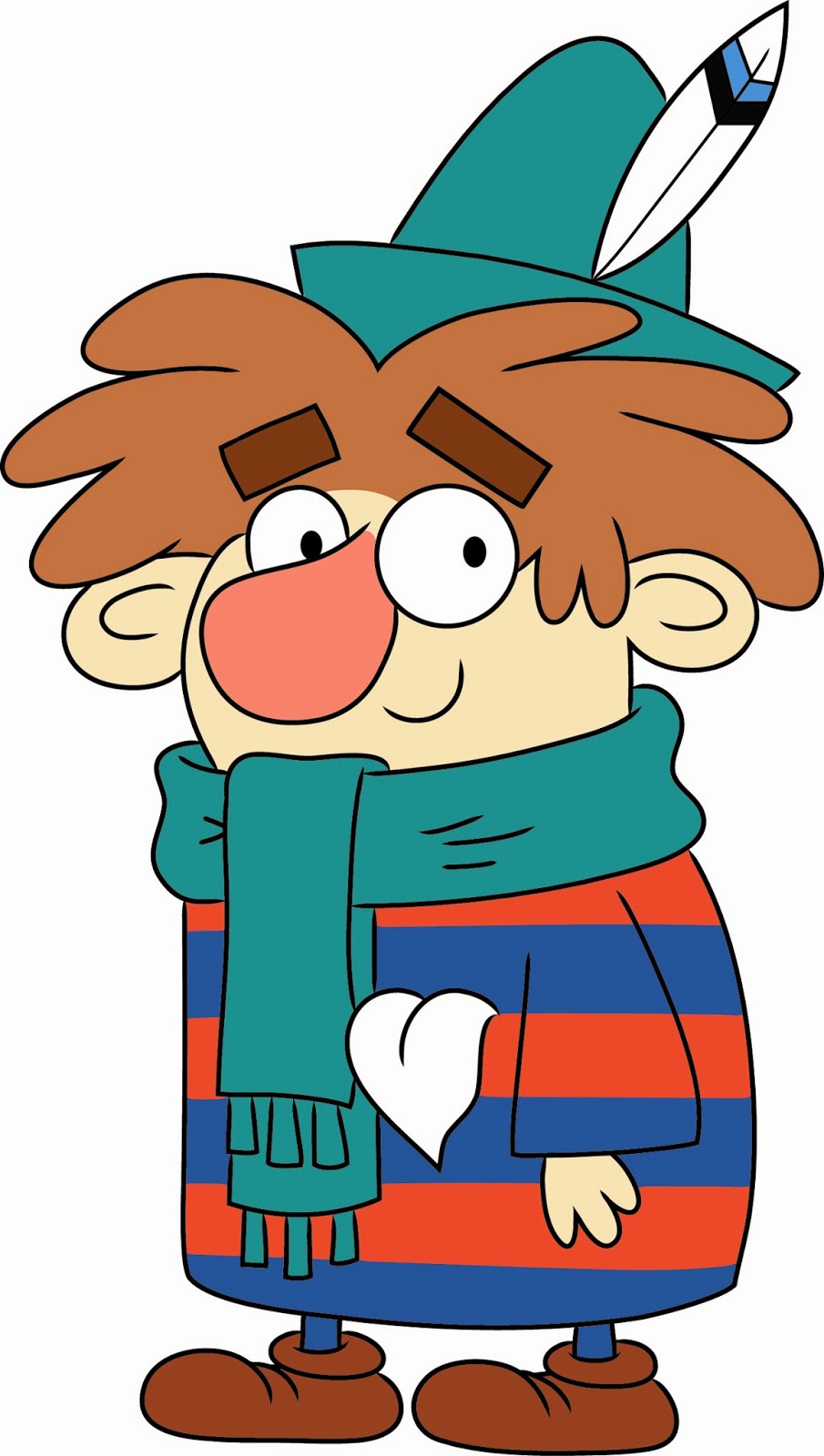 SCOTT MENVILLE
"Sneezy"
Scott Menville voices the role of Sneezy, one of the loyal and dependable members of the 7D. With his ability to adapt incomparable adolescent voices, Menville has entertained youth audiences for years. He can currently be heard as Robin in "Teen Titans Go!" and the recurring characters of band geek Bucky in Disney XD's "Randy Cunningham: 9th Grade Ninja," Dr. Blip in "Teenage Mutant Ninja Turtles" and Jimmy Jones in "Ben 10: Omniverse."
Widely heard through scores of voiced characters, Menville's feature film credits include performances in Disney's "Tangled," "Wreck-It-Ralph," "Despicable Me," "Paranorman," "Batman: Gotham Knight," as well as the role of Black, one of the two lead characters, in the English version of the Japanese anime feature "Tekkon Kinkreet." 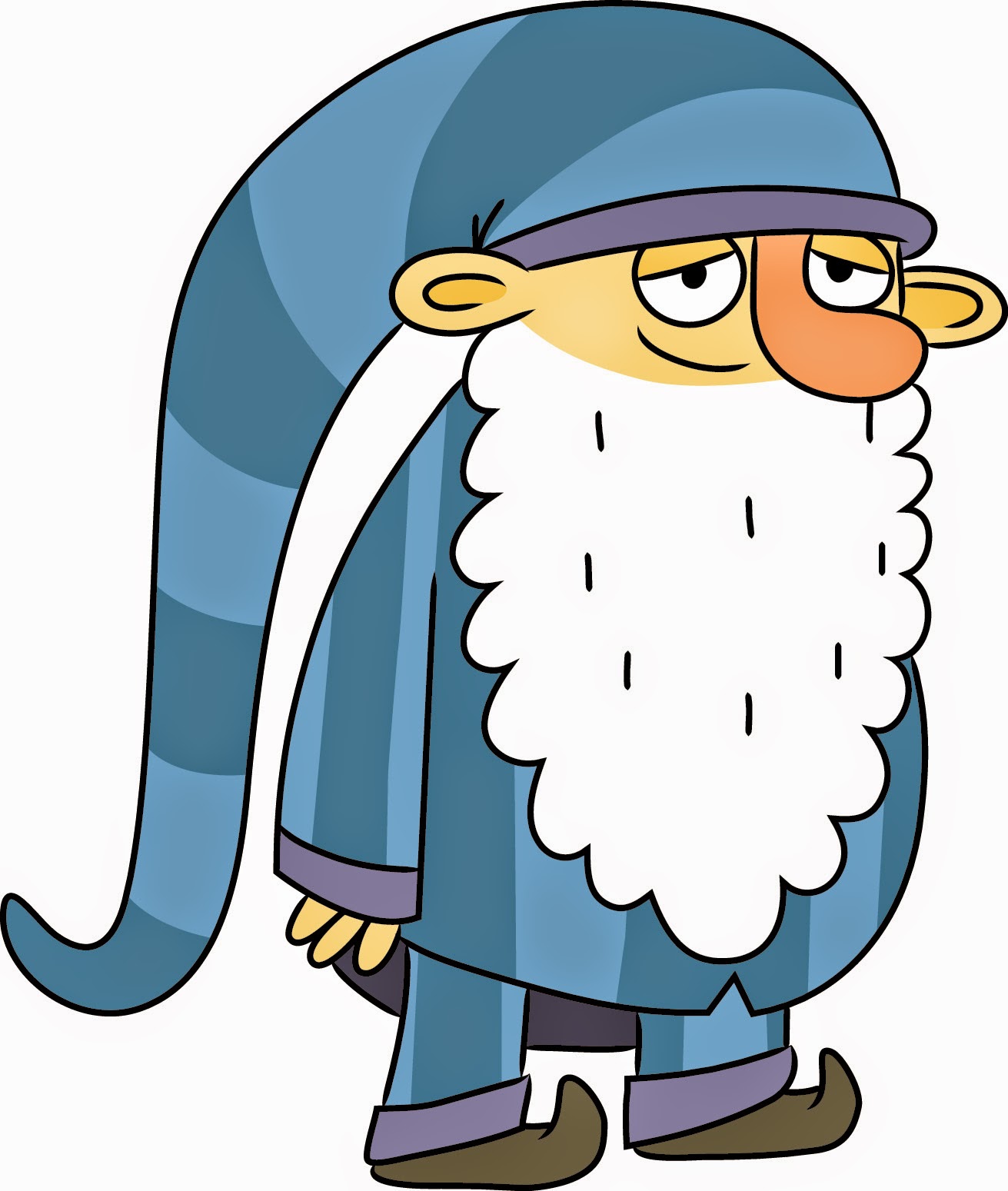 STEPHEN STANTON
"Sleepy"
Long-time voice actor Stephen Stanton voices the role of Sleepy, the 7D's drowsiest member. Stanton has been doing voices for Disney for over 10 years, including playing the voice of Gustov the Gator in Disney Junior's hit animated series "Doc McStuffins" and the series' short-form extension, "The Doc Files." He can be heard at Disney Parks & Resorts all over the world, including as Lord Henry Mystic in Hong Kong Disneyland's Mystic Manor attraction, the Mark Twain Riverboat Captain at Disneyland, Stinky Pete in Toy Story Mania! at Disney's California Adventure and Happy in the new Seven Dwarfs Mine Train ride at Walt Disney World. Stanton also voices Happy for Disney's popular "Kingdom Hearts" video game.
No stranger to the Star Wars universe, Stephen played Obi Wan Kenobi in the video games "Star Wars Battlefront II" and "Star Wars: Empire at War" and voiced Admiral Tarkin, Mas Amedda, Moralo Eval, Colonel Meebur Gascon and a host of others in the animated television series "Star Wars: The Clone Wars." 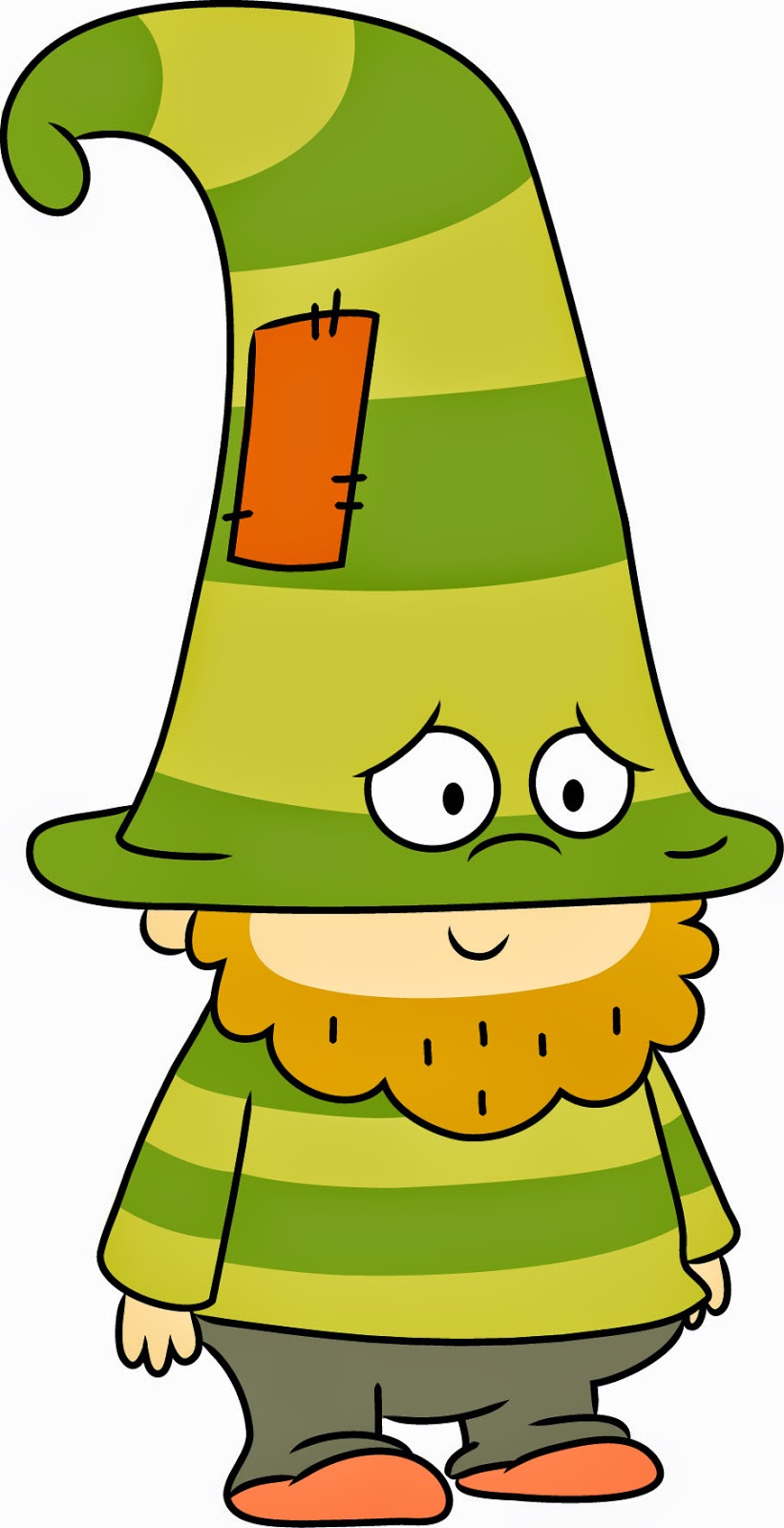 BILLY WEST
"Bashful"
Veteran voiceover actor Billy West voices the role of Bashful, the shy and elusive member of the 7D. West has lent his voice talents to an array of television and film credits, which include most notably playing the preadolescent daydreaming Doug Funnie in the 90's animated television series "Doug," title character Stimpy in "Ren & Stimpy" and Philip J. Fry in Matt Groening's cult favorite "Futurama." His additional television credits include "Ultimate Spiderman," "Batman: The Brave and the Bold" and Disney's "Jungle Junction."
His talent for impersonation, which includes various Looney Toons characters, landed him the lead voice roles of Bugs Bunny and Elmer Fudd in the Warner Brothers feature film "Space Jam," and most recently was heard in the classic reboot television series "The Looney Tunes Show."

Posted by Sherry at 8:15 PM No comments: 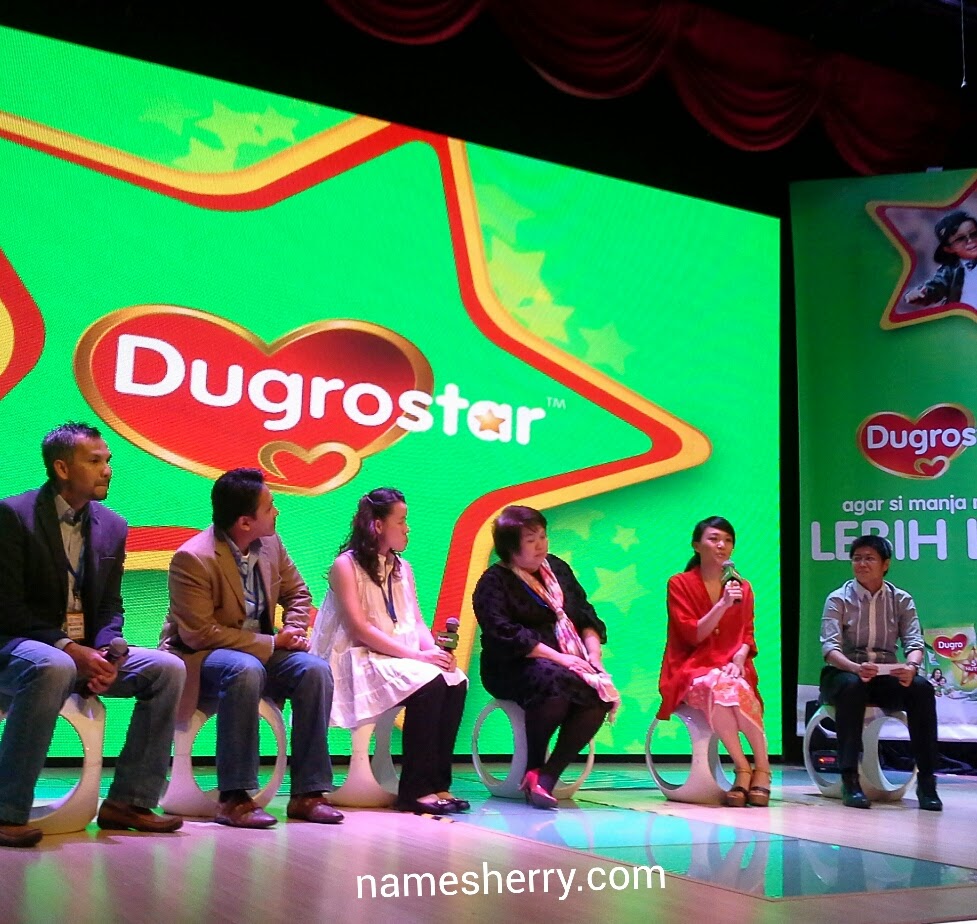 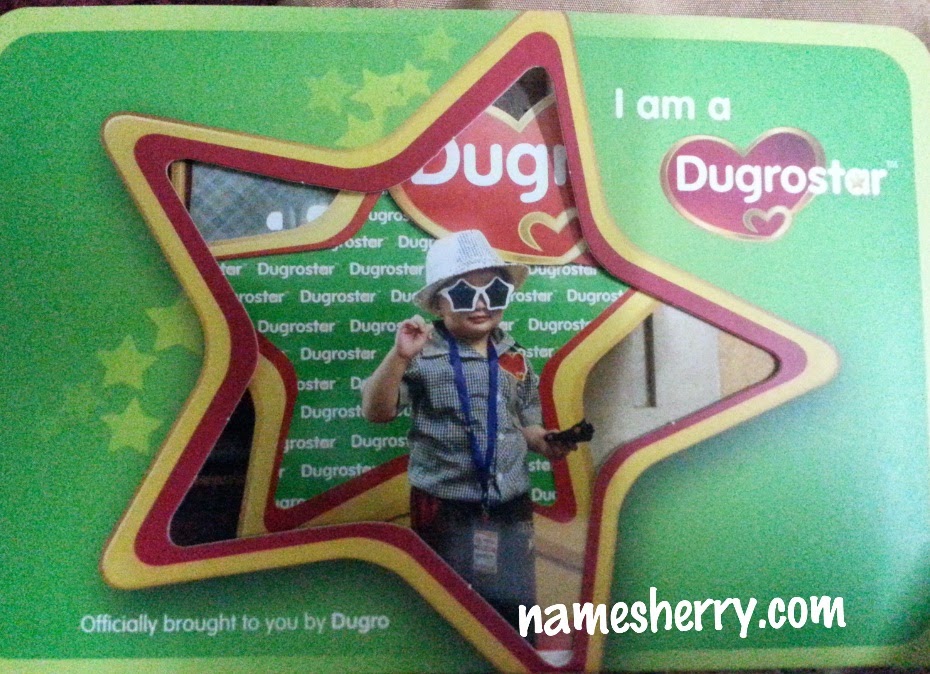 Posted by Sherry at 9:12 PM No comments:

---
Online shopping in Malaysia, I have tried several stores and I can say not all that I shopped is everything I expected. The material and size I get online, one of the pants I bought too big for me so I given my sister in law to wear.

Online bag shopping I tried too but it's rusty steel at the side, sad bout this and there's no exchangeable at all.
Posted by Sherry at 9:34 PM No comments: