DO YOU HAVE WHAT IT TAKES TO BE THE NEXT RAJA TARIK F&N? 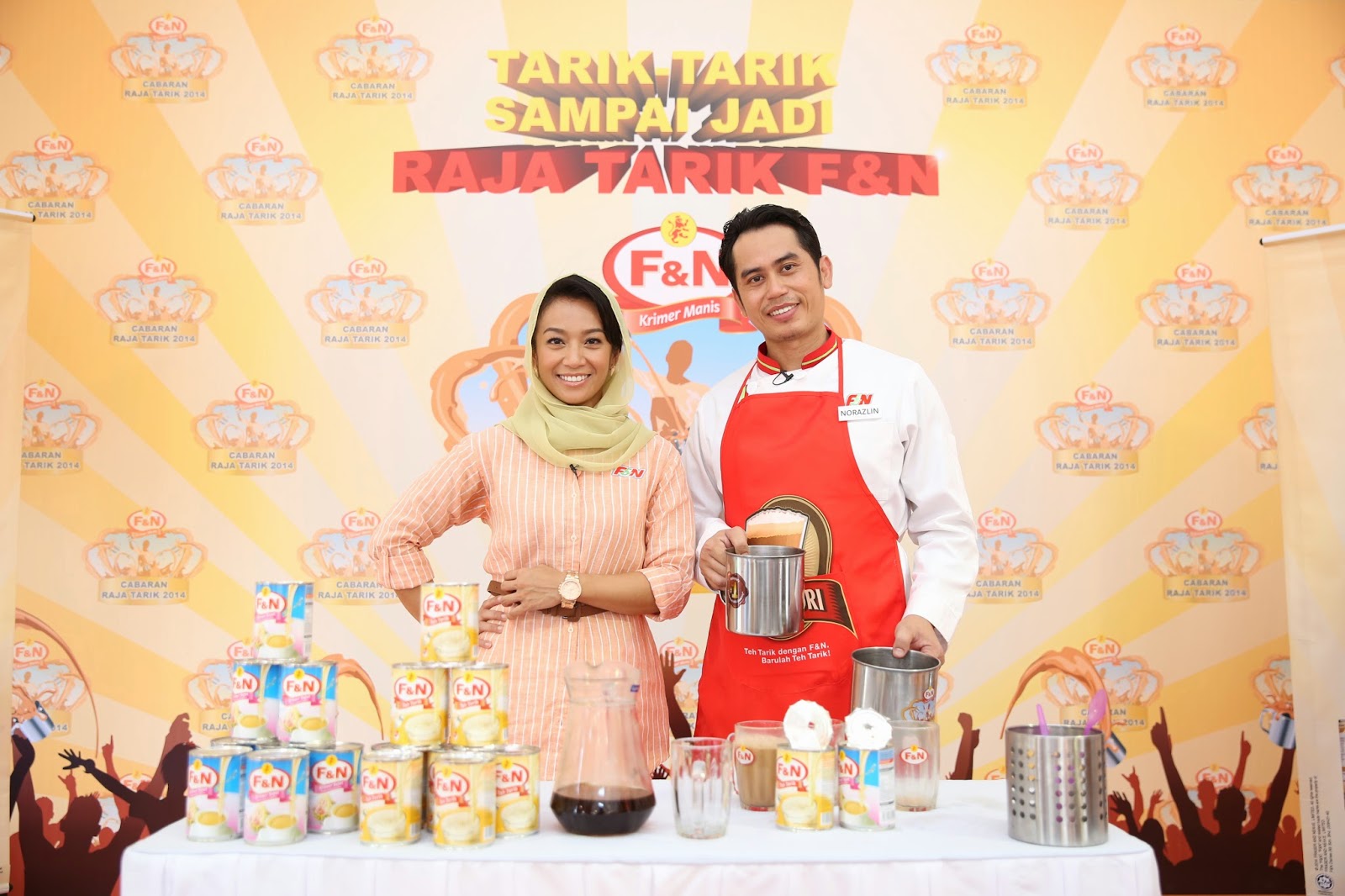 
The roadshow will hit various regions with auditions in Penang, Johor Bahru, Kuantan, Kota Kinabalu and Kuching in the weeks ahead to uncover new tarik-ing talent amongst Malaysians.
With up to RM25,000 in total prize money to be won, this competition has continued to draw in the crowds who come to witness tarik experts and novices alike showcase their entertaining and amazing skills.
Renowned for its artistic preparation, teh tarik is truly a Malaysian favourite. The delicious hand-pulled tea is enhanced with the usage of F&N’s range of Condensed Milk products.

The Cabaran Raja Tarik F&N seeks to showcase a combination of Malaysia’s love of teh tarik with the art of tarik’ing, which has since become a Malaysian cultural heritage.

F&N Dairies has long championed ‘teh tarik’ing’, ensuring it is given its rightful recognition in the public eye while injecting both entertainment value and appreciation for the art. Past participants and winners of the Cabaran Raja Tarik F&N agree that the competition has not only helped elevate the status teh tarik in Malaysia; it has helped Malaysians develop greater appreciation for the perfect glass of teh tarik made with the right ingredients, namely F&N Sweetened Creamer. 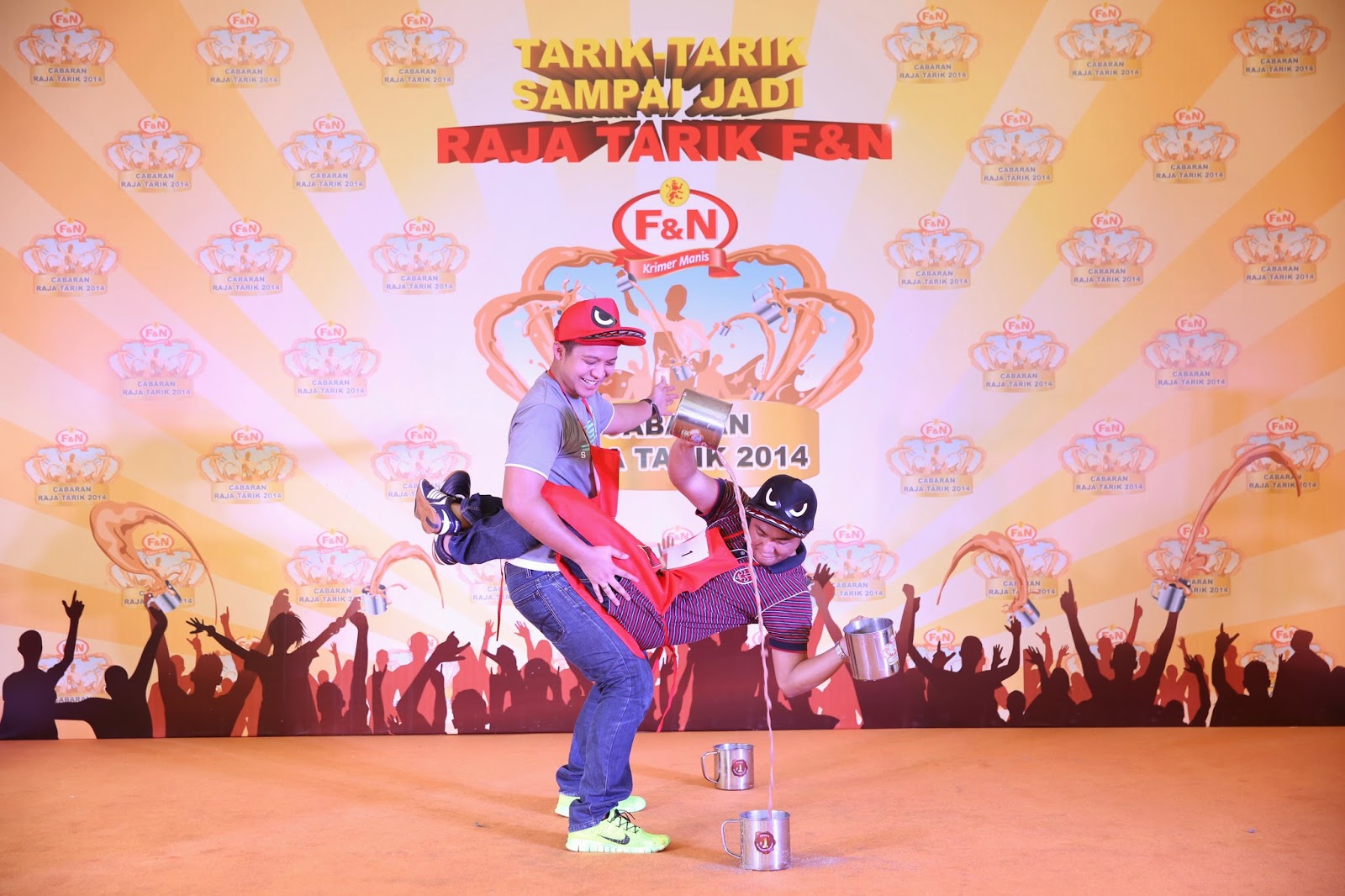 Participants and individuals at the audition were introduced to F&N Kahwin, which combines F&N Sweetened Creamer and F&N Evaporated Creamer to create a less sweet option without compromising on the creamy, delicious taste everyone loves.

“Cabaran Raja Tarik F&N has been a regular feature in Malaysia for over 10 years and it has helped reinforce the bonding and special moments shared by Malaysians over a glass of F&N teh tarik. These treasured taste moments with friends and family is goes to the heart of the F&N brand and what we hope for our consumers,” said Tan Hock Beng, Managing Director of F&N Dairies Malaysia.

“Cabaran Raja Tarik F&N is also a platform to cultivate entrepreneurship amongst our participants and champions. Some of them have gone on to showcase their skills at an international level during their reign as Raja Tarik F&N while others have used their appreciation and skill to start food and beverages enterprises.”
Participants and the public were in for a pleasant surprise when Malaysian radio announcer, TV host and TV producer, Farah Fauzana made an appearance at the event. Farah together with Fizo Omar, actor, model and tv host will host the Cabaran Raja Tarik F&N 2014 TV program which features footages of the
PRESS RELEASE

tarik’ing actions by participants, in addition, featuring local signature dishes and new recipes. The program will run on TV3 and TV9 from 21 May – 12 Jun. The auditions for Cabaran Raja Tarik F&N 2014 run from 26 April to 25 May 2014 with the finalists scheduled to take the stage on 12 June 2014. If you think you have what it takes to become the next Raja Tarik F&N, join in the auditions at any of the locations above.

Posted by Sherry at 8:04 PM No comments:

Posted by Sherry at 7:15 AM No comments:

It is such a wonderful day, I have good time yesterday at One Utama. If you like to have Guardian Makeover read up my post, you will be happy to look at my makeover. I love it!

My friend head there this morning, she says no people. Then she said she was shy, so she gets number 11 for her makeover.

Don't worry there's still time as it open until 10pm tonight, I think last call would be 9pm. :D

Bear in mind, this is not expensive makeover, you don't have to spend hundreds for this makeover. Click above link to read up. Unlike brand cosmetics or skin care, you need spend certain amount to get free makeover.
Posted by Sherry at 9:32 PM No comments: